helps young people get involved, have their say and provide opportunities to influence how we do things at MACS. Our first issue of the Led by You Blog is written by Cailain, a Young Leader at MACS.

Change is one of the most fascinating things in the world; it’s a phenomenon that’s allowed Justin Bieber to become a “bad boy” and it’s the thing that happens when Irish winter becomes Irish summer for two weeks every year.

Change is sometimes good and sometimes bad, but at MACS we think it can only be a good thing that our young people have a huge role in leading their lives, and we hope that our programme’s new name reflects that.

Thoughtfulness, glasses, and a bright pink colour scheme… Yes, it is the uniform of a hipster, but it’s also the new logo of Led by You! Designed by MACS in-house design team (though he prefers to be called Iain), it represents everything that matters at MACS, like taking on life with a smile and courageous fashion decisions. A huge thanks to Iain, who is almost as overworked as a GCSE Art student 🙂

It’s daunting applying for work as a young person, you can send CVs to dozens of employers before somewhere even offers you an interview.

At MACS, absolutely anyone can have an interview – in fact, we encourage it. Inspirational young people are the heart of MACS, so it couldn’t be more obvious that we should be hearing their inspirational stories.

However, we don’t want to leave out the adults at MACS either (especially since a few of them are young enough to know what a blog is and read this one), so the Shadow Board, has been completing interviews with the staff as well. If you want to be involved in any of the further interviews, here are the dates for each service:

Top Gear has no idea if anyone can replace Clarkson; Britain couldn’t decide if it wanted to be in the EU or not and I personally don’t know if Leonardo DiCaprio deserved an Oscar for The Revenant. So it’s a relief that in a time when nobody has a clue about anything, MACS is still organised and on top of everything. In fact, we even know which Young Leaders are sitting on the different sub-groups:

With the Rio Olympics only a few weeks away, there will be thousands of athletes training right now in the hope of winning medals and taking selfies with that big statue. But thousands of miles away from the gyms and running tracks of Brazil, Trevor is preparing a different kind of training for MACS Young Leaders.

The training will be delivered in part by Imagine If Training Consultancy, who will concentrate on groupwork facilitation and leadership skills. Trevor is developing a training day for us to learn about MACS culture and ethos with opportunities to reflect on our own ethos and value base. He will also provide us with tips and tricks for professional recording and an overview of child protection to help us in our role. This training will be delivered on the week of 22 August. 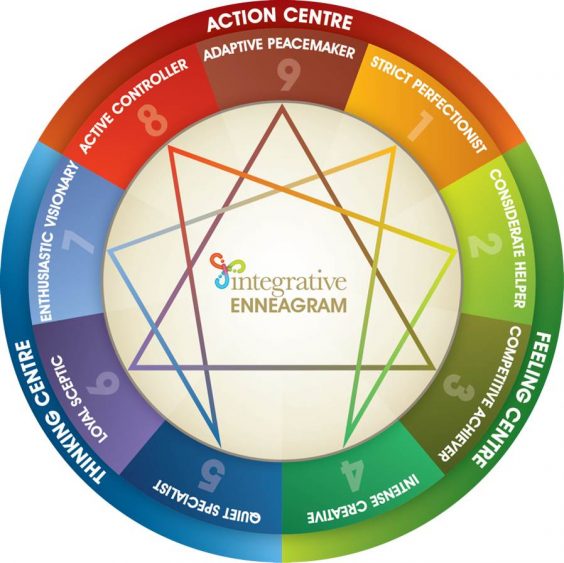 Also, part of the programme is something called an Enneagram test, which diagnoses our personality type, and should therefore provide solid evidence that I am not a morning person!

This follows on from a session on 1 June, when Trevor and Sarah trained four Young Leaders on how to interview staff during recruitment. Important lessons learned include that shouting “You’re fired” and “You’re hired” might be great TV, but isn’t the sort of thing you should do when actually interviewing people. Young Leaders have also been completing outcome stars, designed by Trevor, with great success, analyzing how far we’ve progressed (Not quite as far as we’re advancing in Pokemon Go, admittedly).

In every school group presentation, there comes a moment when tasks are being decided on and everybody in the group tries to avoid work like Messi avoids tax (we love you really, Leo). Which makes MACS meetings a bit of a culture shock: all of the young people volunteer for as many tasks as they physically can. Of course, it’s mostly because the tasks rarely feel like real work – whether we’re designing posters or planning videos, everything is fast paced and creative. Both videos and posters are a huge part of our new messaging campaign for Supporting People, which hopes to make a case for why continued funding is vital for our young people.

As part of the campaign, Megan, Kathy and I took part in a photoshoot with Hazelwood Golf Club who kindly donated over £400 to help with our MACS music video, which will involve several Young Leaders along with staff members Gary, Ana and Sorcha. Typically, posing for photos and accepting huge checks is reserved for the likes of Cara Delevingne, but we gritted our teeth and suffered for MACS’ sake.

What do Donald Trump and charities across the world have in common? Not an awful lot at first glance, except that both need funding to do anything meaningful.

On 30th June, MACS submitted an application for to the Ulster College Fund for salary and project costs, so at the minute we’re all hoping for a positive response, with the anticipation in the air being thicker than Joey Essex.

Roseanne from Belfast Housing and Madeline kindly helped Trevor put in a bid for financial support from Debenhams to help Led By You with some much needed funds, so a huge thanks to them. We’re also awaiting responses from the Coca Cola Fund and the Big Lottery Awards, while Trevor is currently working on funding applications for Esmee Fairbairn and DM Thomas and will have them submitted by the end of July – after which we’ll all have to wait with fingers crossed.

If you would like to write a blog for MACS, please get in touch.