Led by You helps young people get involved, have their say and provide opportunities to influence how we do things at MACS. Our 4th issue of the Led by You Blog is written by Robyn, a Young Leader at MACS.

Well, it is that time again. The quarterly update from the Young Leaders is here!!

Since my last blog, the Young Leaders have continued to work tirelessly to make MACS a better organisation. As promised, our Annual Report has been published and has received nothing but great reviews and lots of positive feedback from a vast range of people; the same can’t be said for the deal made between the DUP and Tories though ?

One of our main ventures for the past few months was to take on The Oscars. For those who do not know, The Oscars is a celebration of the achievements young people and volunteers; it is a great yearly event to get everyone from all MACS services together for a bit of fun! 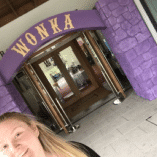 Trying to find a theme for this year’s celebrations was difficult, it seemed to be impossible to top last year’s superhero theme. In the end, a very wise and noble lady came up with the idea of a Willy Wonka/chocolate factory theme. After some deliberation it was agreed that we do a Willy Wonka theme; everyone is so welcome for my amazing idea, I’m glad I was able to help and inspire others. As you can see in the photo, I really was proud of myself.

As well as having the Young Leaders sitting in the subgroup with staff for the planning of the Oscars, they have been the core group for developing the stage props. We worked alongside Down Arts to recreate the stage and the set pieces. We were very happy to be working with them as none of us have a creative bone in our bodies, the set could have looked a lot different! 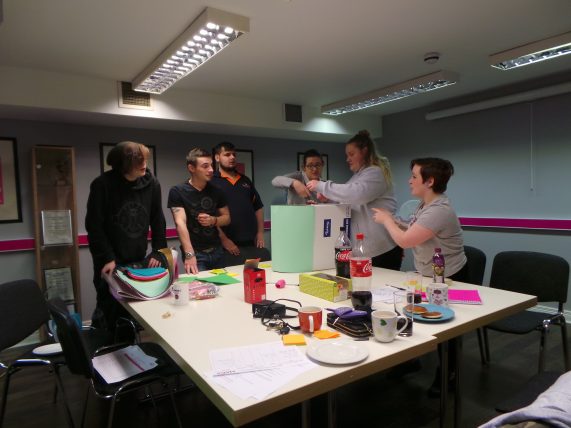 In January, to kick off the New Year, we had a vision day for Led By You. This was a free thinking session for us to explore new possibility and to discuss what we want to achieve over the year. We also did a bit of team building and as you can see in the photo, we tried our best to make a house… it’s the thought that counts… right? The house we built didn’t stand very well, however it was made cheaply. It’s similarly built to some of the council houses the government are building. 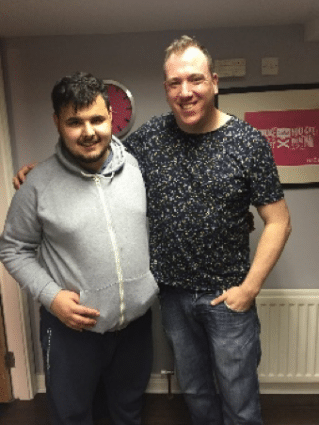 Kathy was involved with social innovation workshops to create a new MACS children’s home and Trevor also completed a piece of research on the experiences of cared for young people in order to support the application for seed funding! Amit also helped to co-facilitate a focus group with Trevor to help him with part of his research.

All the feedback from the young people was included in the report. Massive well done to all of them for helping take MACS in a new direction! 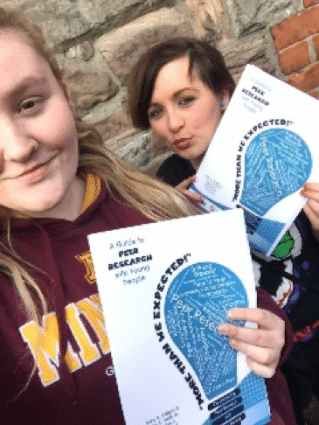 In February, Kathy, Trevor and I attended a workshop by Queens University Belfast, as part of #CareDay. This was an insightful day and we found out more about peer research with young people and of course left inspired. 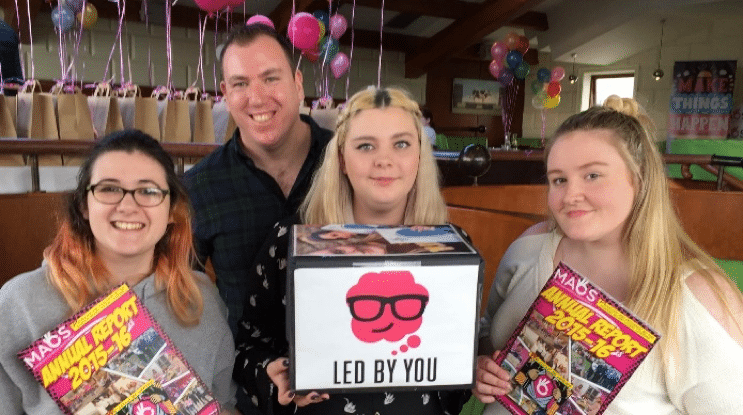 In April, Led By You had a stand at the Wellbeing Launch and created an interactive piece to demonstrate our journey. Carrie, Deirbhile and I spoke about our role as Young Leaders, answered questions and did some smoozing with some of the big wigs there to help raise the profile of the project; also to put faces to the people who are applying, sorry, begging for funding to support Led By You. It was also a great opportunity to network with people from other organisations and let them know more about what we do and to just generally share our passion with them.

We continue to give quarterly presentations to the board – most recently I presented the service review recommendations and the board were very impressed with the amount of work we did in terms of getting feedback from young people about the service they are in. These recommendations will form part of the work plan for the next year for each service. 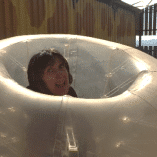 April was a busy month for us. There was the Wellbeing Launch and the presentation to the board all in the first week. As we had been working so hard, we got a special treat to have a team day! On Saturday 8th April, all the Young Leaders, Trevor, Mary and Mary’s daughter and niece made our way to Omagh to go to Todd’s Leap. You can imagine my face when I was told I had to be at the Belfast office for 8am… 8am on a Saturday!!! If you can’t imagine what my face would have been like, then have a look at this – this was an accurate representation of my face. 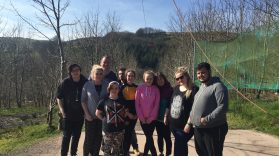 We did a lot of different activities, from the zip line, to the giant swing and zorbing – which was a personal favourite of mine. We had a great, fun packed day and being the competitive natured people we are, made sure every activity was a competition! This competition was going great until we got into the zorbing balls; being able to just charge at each other and send each other flying is a very entertaining thing, well that is until you are sent flying across the tiny arena and continue to get rammed!

I can honestly say I spent the majority of time trying to either stand up or just sitting on my knees dying a silent, heat exhausted death. It all became a little too much at the end though for one of the poor lads. The day just exhausted him – at least it was a nice, quiet drive home! 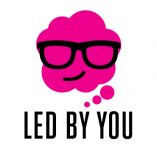 We continue to help Trevor with funding applications – most recently we did a video entry for Comic Relief. We did really well to get everyone together and getting it done as quickly as we did; the number of bloopers/wrong words said from these two hours alone is higher than the amount MACS order food in. If every mistake equated to a pizza, then we would be providing pizzas for about 10 years! All in all it was good craic, however I think we can safely say that next time we should block out the whole day. 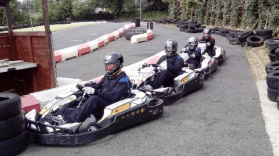 In June, the Young Leaders had another afternoon out and of course it had to be an activity that was competitive!! We went Go-Karting and not that Trevor is competitive but he did say that he liked being the fastest at every lap… he must have had some Irish luck that day, or just cheated!

In May, Amit ran his first Forum and it was extremely well received. We got great feedback from young people on participation and had lots of people interested in becoming young leaders as a result. Amit got great praise from the young people on the day and separately from managers and staff in MACS who praised him on a job well done.

Cailian and Amit did a presentation to the Floating Support Teams as part of their service day to find out how Young Leaders can best support and work with them and their young people. We got good feedback and will be moving forward over the summer with some of the recommendations.

Cailian, Kathy, Trevor and I attended the RSUN conference in June to hear how as young leaders we can have more involvement from young people.

On the 7th June, the day that was being built up for months had finally arrived. It was the day of the Oscars! Finally all the hard work had come to life, months of planning with fortnightly meetings for this one night. All day was spent setting up, putting fake grass on tables, blowing up helium balloons and of course having a sign song. The time had then arrived, it was time for the compares to go on stage.

Willy Wonka, aka Kieran, Violet Beauregarde, aka Roseanne, and Veruca Salt, me – who was by far the best one, took the room by storm and entertained fantastically throughout the night. The characters we played throughout the night really related to our normal personalities; Roseanne truly is a big chav, Kieran does love himself and I am spoilt brat who thinks the world revolves around them, joking of course. Whoever is in charge of organising next year has a big task on their hands to try top this years!

To celebrate the end of the choir season, Amit, Trevor, Scott (volunteer coordinator) and I attended a curry night with all the MACS Singers. We are so grateful for the volunteers as they fundraise for Led By You when signing. It was a night filled with lots of laughs and we can’t wait to see where they go next year. If anyone is interested in joining MACS Singers, it’s on a Wednesday night at 7pm in the Belfast office – everyone is welcome and it is great fun! You don’t have to be the world’s best singer, you just need to have a lot of passion! (Just a cheeky promo because they are my favourites!)

The Shadow Board continue to meet fortnightly, which seems to be more frequent than the ones up at Stormont, and are continuing to slave over the annual report. We really hope to have it ready for September and can’t wait to see how this year’s report turns out.

Every day may not be good, but there is something good in everyday